Across the hundreds of students we work with, descriptive writing (as opposed to analytical writing) is an incredibly pervasive problem. It’s also one of the most common issues we see in marker feedback when students approach us after having failed an assignment or getting feedback from their research supervisor. In this post, we’ll explain the difference between analysis and description – in simple, straightforward terms.

So, what’s the difference?

In simple terms, descriptive writing merely communicates the “what” – in other words, it describes a situation as it is. Plain and simple. It doesn’t consider anything beyond that. Contrasted to this, analysis communicates the “so what?” – in other words, the impact or consequence of a given situation. Ideally, this impact discussion should link to the research questions or broader research purpose. 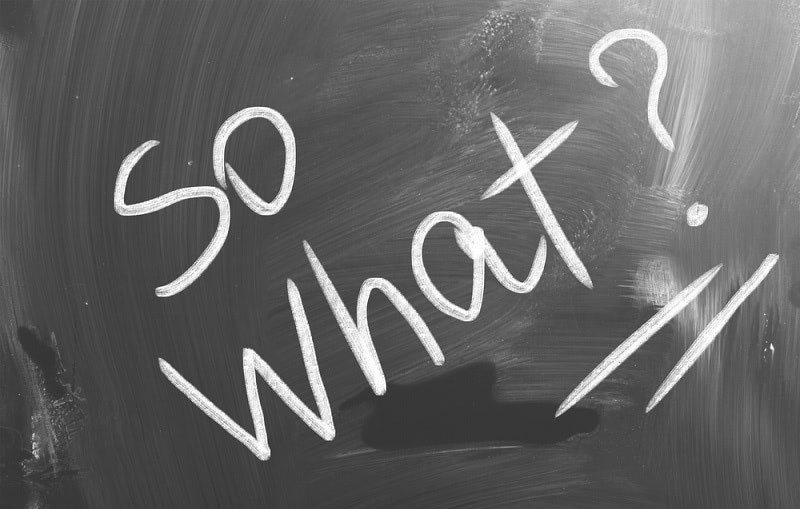 How about a practical example.

Let’s play a little game of ‘spot the difference’ to make the distinction between analysis and description a little clearer.

Description: Recently, President Jacob Zuma made the decision to reshuffle the parliamentary cabinet, including the firing of finance minister, Pravin Gordhan. This decision was not well received by many South Africans.

Analysis: President Zuma’s firing of popular finance minister, Gordhan drastically impacted investor confidence. This led to a sharp decrease in the value of the Rand. Such devaluation means that all USD-based imports (including petrol) will rise in cost, thereby raising the cost of living for South Africans, and reducing disposable income. This puts both cost and price pressure on Organisation X as an importer of USD-based goods Y, requiring it to consider doing Z. Furthermore, political instability has the added impact of encouraging immigration, particularly amongst skilled workers whose expertise is valued abroad (brain drain).

As you can probably see in this example, the descriptive version only tells us what event happened (the president decided to reshuffle the cabinet), whereas the analysis extends to discuss the impact of this event on Organisation X. In other words, it moved way beyond just describing a macro-level factor, to explain exactly what this means for the organisation.

Should I avoid description altogether?

When writing your assignments, it is essential to keep this distinction between description and analysis front of mind. Some description is simply unavoidable and in fact quite essential, but you want to keep it to a minimum. Don’t throw the baby out with the bathwater, as many analytical points require a base of description to make sense.

A good rule of thumb is to identify every what (i.e. descriptive point you make) and then check whether it is accompanied by a so what (i.e. the impact). This basic practice should keep your description levels down to a minimum, maximise the amount of analysis that you incorporate in your assignments – and – earn you some marks.

So, the key takeaways for this post are as follows:

Have a question or suggestion?

We’d love to hear from you. Just leave a comment below, or get in touch with us here.